How to detect live cells from dead cells

This project is in the field of medical research to discover a cure for Alzheimer and numerous other neurodegenerative diseases. The customer’s aspiring research is focused around a ground-breaking approach to accelerate drug discovery process.

The goal of this project was to determine cultured cells in the petri dish as dead or alive. To test drug’s effectiveness, it is injected into body cells. Next the cells are checked in the microscope by the research scientists to determine cell’s viability and lifetime of each cell. Since these cells are light sensitive, the process is performed regularly once a day over a period of 10 days.
assignment_turned_in

Being able to examine microscopy images and draw from them information that researchers had been unable to visually identify. By using computer vision and deep learning, researcher is able to learn and see more fine details that scientists couldn’t using naked eye, hence increase research accuracy and human error reduction.

It will minimize the need for manual checking of the condition of every cell in the petri dish. Manual checking is a time-consuming and error-prone procedure.

The success rate of this treatment depends on calls viability over the period of ten days. So, the third objective is to determine how many cells remain alive, and how many cells die every day.

Cell separation from a cultured petri dish was the main challenge in this project. So, our goal was to detect and separate each cell in the culture to determine whether it’s viability.

The end solution takes a picture as an input


First he had to detect the smallest single cells on the original image. Next he blurred the image and tried to detect big cells and cell groups. Next, he removed detected big cells and separated them from the other cells in the group.

Once all cells have been detected and separated. We had to determine if they still showed neurites in the bodily structure. A neurite or neuronal process refers to any projection from the cell body of a neuron. This projection can be either an axon or a dendrite. The term is frequently used when speaking of immature or developing neurons, especially of cells in culture, because it can be difficult to tell axons from dendrites before differentiation is complete.

The presence of the neurites allows us to determine whether the cell is alive or not. 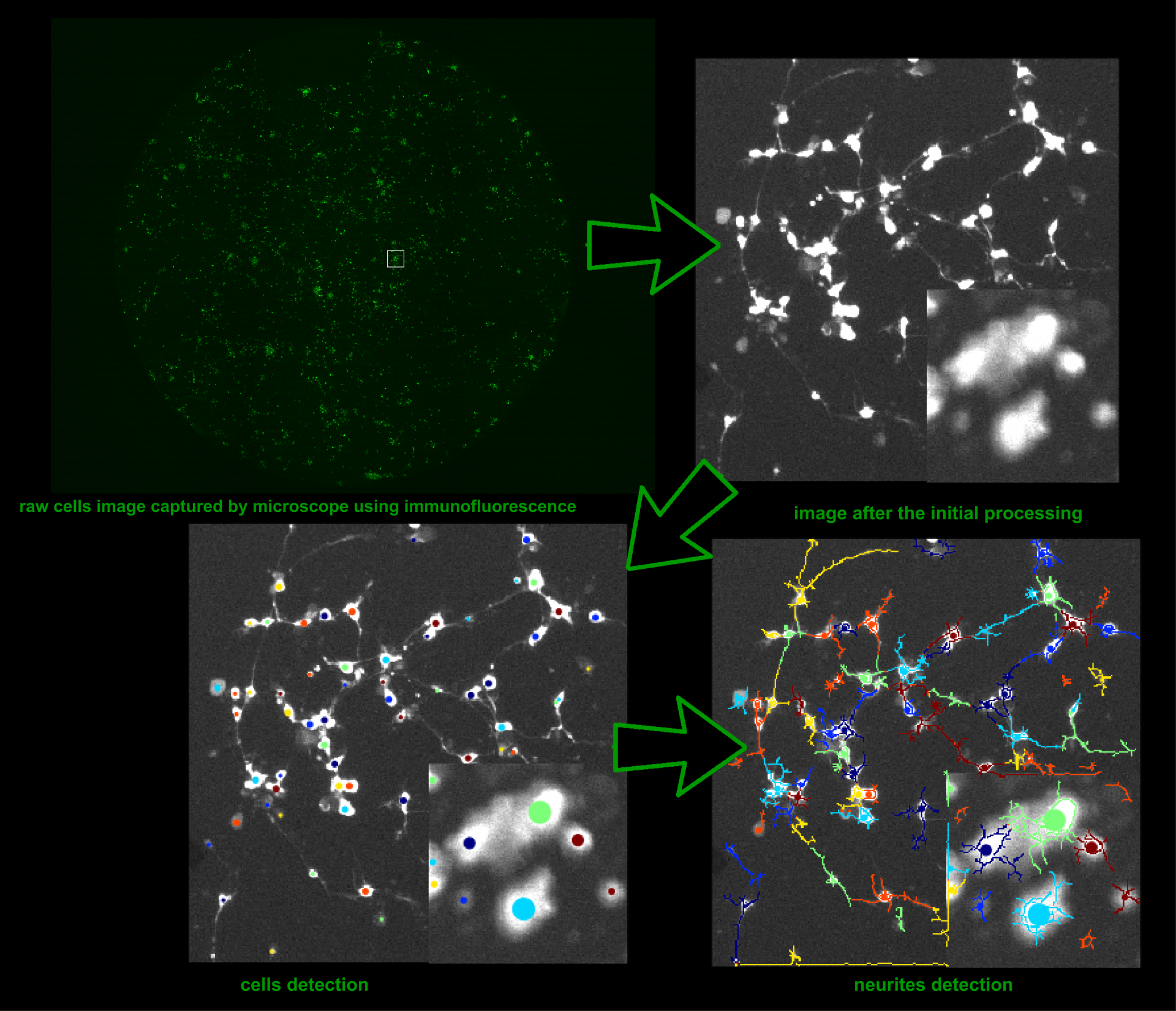 
To start the microscope takes 10 pictures as an input. The images seen on the slide are sent electronically to a computer, or laptop. Next the algorithm recognizes the living and dead cells and marks them on the image. Next the script returns the images with the marked cells and several text reports containing detailed information about the cells. The script is currently being used by our client and is already helping them in their research.

Areas of our expertise

Got a project in mind?

Just give us a holler

The whole concept of MVP is testing your idea and determining what would work.

Your reliable source for custom software and cloud application development

A decentrized ledger on top on Blockchain technology that's highly secure and immutable.

Increase your company's efficiency and productivity by utilize Big Data in a productive way.

Explore our software project management capability for your applications.

Build your quality product with us, save time and thousands of dollars

Check out our rigorous QA and testing process to deliver quality apps.