From Medicare, Fintech, Aviation, Agriculture, Banking, down to sports and gambling, Blockchain is the buzzword with the breakthrough technology being incorporated and leveraged.

Down to interpersonal levels, Blockchain is also set to become a big part of your life, in a similar vein to the internet.

So, what exactly is Blockchain?

In layman terms, Blockchain is a distributed database spread across multiple computers in different locations and at the same time or simply put; a decentralized database.

A Blockchain is a database that constantly grows and updates itself as new transactions/records, or 'blocks' are added. Each of these new records (blocks) contains a timestamp and a link back to the preceding record/block, forming a chain of records, i.e., Blockchain.

The Blockchain database is decentralized, i.e., the database is not managed by any one central body. Everybody on the network has a copy and access to the entire database.

These block of records remain preserved with new blocks of records being continually and irreversibly added and updated as they occur. This makes the Blockchain impossible to hack or corrupted by faking transaction records or any other illicit information.

Blocks are secured via encryption. However, the Blockchain is encrypted in a unique way that ensures everyone on the network can access the entirety of the records on the chain but only a user owning a special cryptographic key can add a new record to any particular chain.

Users' transaction(s) is secure as long as the said user keeps his special cryptographic key safe.

Additionally, cryptography is used in guaranteeing the synchronization of copies of the Blockchain database onto every single node (computer) in the network.

Let's give an example: Let's assume a particular Blockchain is a digital database of medical data, this database has blocks, each labeled with dates and timestamps for when each record is entered.

Such a medical history is quite important for a Medicare facility in making a diagnosis and administering treatments to patients. That said, it is important that both doctor and patient are unable to modify existing records.

Notwithstanding, the doctor would have a private key that enables him to enter new records into the Blockchain database and the patient, in turn, would have a public key that affords him access to the records from anywhere and at any time he chooses.

The use of these cryptographic keys (private and public keys) ensures that records on the Blockchain are publicly accessible while remaining secure.

Blockchain, being a distributed ledger, comes with obvious advantages which include but is not limited to:

Blockchain technology is still being explored with new advantages (and use cases) being discovered and explored in a wide variety of industries.

The Blockchain idea seems to have taken off in the last decade. However its origin is a lot older.

The Blockchain idea was originally outlined in a research paper back in 1976: New Directions in Cryptography.

The idea, however, did not take off as it was, at the time, considered to be complicated and unsafe. However, the active beginning of Blockchain technology to a serious turn when an unknown person or group or persons under the pseudonym "Satoshi Nakamoto," introduced the now worldwide known cryptocurrency; Bitcoin.

Bitcoin is the first successful implementation of Blockchain technology, i.e. as a digital currency. BTC (Bitcoin) is one of the first cryptocurrencies to facilitate payments via peer-to-peer technology.

With Blockchain technology, Bitcoin solved the problem of double spending!

One of the important hallmarks of Bitcoin is the fact that it has no central control and cannot be manipulated. The distributed nature of Bitcoin, alongside its permanence and security as seen its value rise to incredible heights, hitting its highest ever rate in December 2017 when 1BTC breached the $20,000 mark.

Bitcoin's success has seen people pay more attention to the explosive power Blockchain potentially packs. While Bitcoin and subsequent other altcoins are leveraging Blockchain technology as a base technology for the digital currency, other industries started exploring other use cases for the disruptive technology.

So, what are the special and disruptive benefits that Blockchain technology brings to the table?

Of course, we are used to the decentralized nature of the internet. However, when it comes to trade transactions of money or other valuables, we are dependent on the centralized financial services platforms(Banks). Yes, there are alternate ways to transact using the internet (i.e., platforms such as Google Pay, PayPal, Skrill etc…), however, using these services mostly require the integration to a centralized institution (banks) or a credit card.

Blockchain technology, being decentralized, negates the need of these centralized institutions to facilitate transactions. Blockchain is perfectly designed to handle all the three most important functions of traditional financial services, i.e.:

If financial industry (being the world's largest market in terms of capitalization) leverage the powers of Blockchain technology, it will enjoy a massive improvement of efficiency in the above-listed services.

Transactions would be a lot swifter without the usual involvement of the usual middleman (i.e., traditional financial institutions) as well as transactions being digital.

The added advantage of security, traceability, and transparency makes Blockchain technology a big winner in the financial industry.

Of course, Blockchain’s use case is not limited to the financial industry alone. It can be used in Medicare as well as other production-based industry for tracking physical goods in a supply chain.

However, back to 'contracting.' This Blockchain feature is one that can be of use outside of the financial industry.

Blockchain being able to store any form of digitized record (computer programming codes inclusive), can be used to facilitate contracting between two users.

This can be done using 'smart contracts.'

What are Smart Contracts

The use cases of smart contracts include:

Let’s assume a voting process is being carried out using a smart contract, you register to vote, and you are given a digital entry key, and it is programmed to make a single vote.

The key is active, and you make a vote for selected choice, after which the key becomes useless (as programmed).

The system cannot be fooled as it is publicly witnessed by thousands of voters.

Blockchain remains the most disruptive technology since the internet, and its use-cases continue to be expanded and explored. As a developing technology, its legal and regulatory status remain subject to debate and uncertainty.

However, this has not stopped developers from exploring new ways the technology can be leveraged. This fact can be backed by the growing number of ICOs as developers around the world come with potential game-changing uses of Blockchain technology.

Photoplethysmography Is Improving Thanks to AI

Photoplethysmography (PPG) is an optical technique used to detect changes... 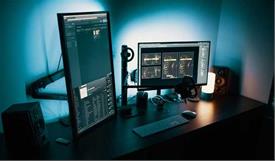 Photoplethysmography Is Improving Thanks to AI
6/14/2020 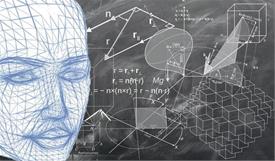 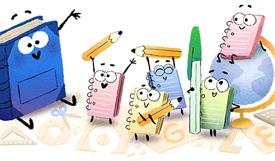